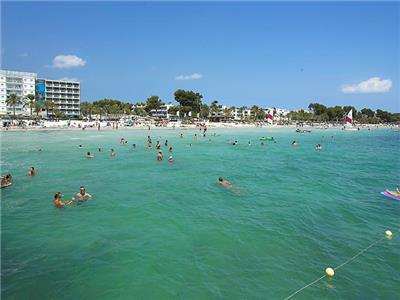 Platja d’Alcúdia is situated at three kilometres from the centre of the village that gives the name to it, between Platja de Muro, on the south, and Xara, on the north, a small beach next to the marina Alcudiamar.
1 – Chalet Sa Torre in Puerto Alcudia – 1 Km 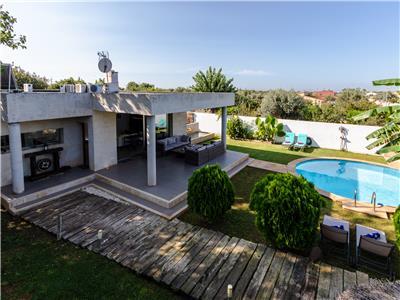 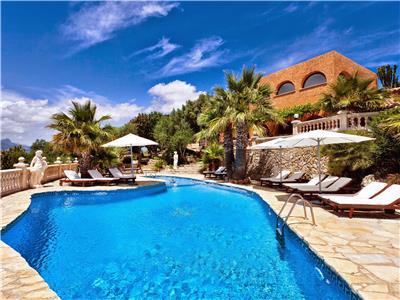 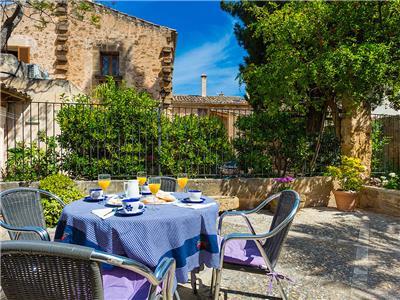 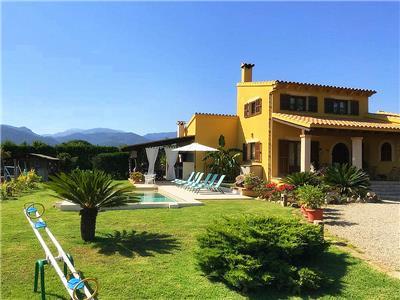 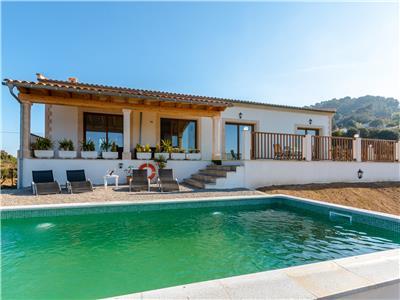 Platja d’Alcúdia is situated at three kilometres from the centre of the village that gives the name to it, between Platja de Muro, on the south, and Xara, on the north, a small beach next to the marina Alcudiamar. It is the stretch of the bay of Alcúdia next to the villages Lago Esperanza and Playas de Alcudia. You are recommended to visit the ruins and the Roman theatre of Pollentia (“power” in latin), a village founded in the 2nd century B.C.

This very long fine-grained sandy area has gentle slope and along the coastline you will see some breakwaters and jetties for the touristic passenger launches, as well as numerous channels that come from the lakes at the rear of the coast. Nevertheless, Alcúdia is also known as “City of the lakes”. The seaweed ground make this coast a bad place for anchoring boats. The geographic and morphological descriptions explain that this is one of the biggest residential and touristic areas of Majorca. The activity of these touristic buildings take place on the coastline of this sandy area and this is why it is very crowded by local visitors and tourists.

The accessibility by car is easy following the signs. The private car can be left on a free parking area next to this enormous coastal stretch or in the streets of the surroundings. You can also reach this beach with the public transport. The nearest bus stop is located at half a hectometre.

For health and safety reasons, the municipal ordinances ban pets on beaches.

The municipality of Alcúdia is situated in the northeast of Majorca and has a density of population that is higher than the average of the balearic archipelago (171,4 inhabitants per square kilometre). The origin of its name comes from the arab word al-kudia (“hill”), although Quinto Cecilio Metelo founded Pol.lentia after conquering Majorca in 123 B.C., and this town became the capital of the island during this period. Since the 14th century it has been head of the area.

Its landscape is characterized by being a headland with two big bays on both sides in the majorcan northeast (Pollença and Alcúdia), with an extense coastline of high cliffs, headlands and small islands with flat and extense sandy areas. In the interior there are two areas: the mountains (in the southern sector; Talaia d’Alcúdia, 442 metres high), as well as low and flat areas (northern sector; concentration of important wetlands, Albufereta, Albufera d’Alcúdia –Zona de Especial Protección para las Aves- and Estanque Gran and Petit). This privileged setting has a huge variety of flora and fauna, with rural areas of landscape interest.

Since the second half of the 20th century, the tourism leads the economy replacing the activities of subsistence. It has the second most important commercial port of the Balearic Islands. Its cultural richness includes Pol.lentia, the medieval wall (both monuments were declared Conjunto historicoartístico in 1974), Església de Sant Jaume, Oratori de Santa Anna, Cova de Sant Martí, Ermita de Nostra Senyora de la Victòria, Torre Major. The municipality has 9 beaches.